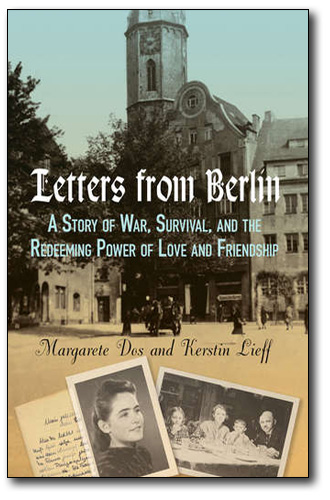 A stunning memoir drawn from first-hand oral and written accounts Margarete Dos gave her daughter, Kerstin Lieff, shortly before she died in 2005. The stories herein are organized around actual historical events that took place in Germany and Russia spanning the years from 1933 to 1952.

As you read LETTERS FROM BERLIN, you will follow Margarete through the bombed-out caverns of Berlin’s former neighborhoods; you will feel her despair as she cares for the wounded and dying in a makeshift field hospital in the center of her city; you will praise her and her mother for their courage as they attempt to escape from Germany when the war is over, and you will pray she survives the horrors of prison life in a Soviet gulag; and finally you will rejoice with her as she finally finds her home. But what will shock you, as it did the author, is a love affair with a soldier–something her daughter discovered only after her death.

A treasure trove of family photos, including Jena’s center square, the cover photo of this book, which Margarete snapped of buildings that no longer exist–buildings that were decimated during the Allied bombings of 1944 and ’45–depict an innocent prewar life while adding insights into the life of a people who lived with the secrecy and deceit required of a dictator they learned to fear–Adolf Hitler. 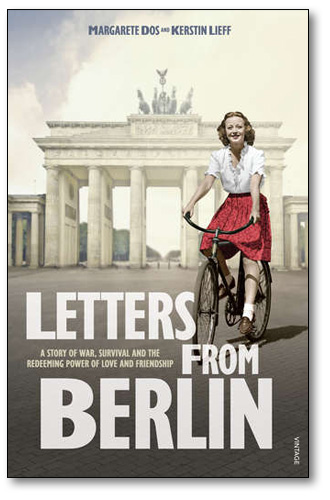 Lieff weaves her mother’s letters and reminiscences into a compelling portrait of a young German girl’sWWII–era experiences. As a noncombatant, Margarete Dos witnessed Hitler’s rise to power and weathered the brutality of life on the homefront as she moved from adolescence to young womanhood. Her extraordinary journey did not end with Germany’s surrender, for as she and her mother attempted to immigrate to Sweden at the conclusion of the war, the train they boarded was diverted to Russia, where they spent several years as inmates in a Russian gulag. Since Dos shares her life and loves via intimate interviews with her daughter, an emotionally sympathetic portrait emerges. Though one might validly wonder whether Margarete’s claim that “she didn’t learn about what happened to the Jews in Germany until after the war was over” is entirely true, her eyewitness account, that of a teenager enduring the horrors and the uncertainty of war, can’t be discounted.— Margaret Flanagan 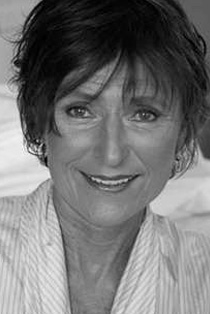 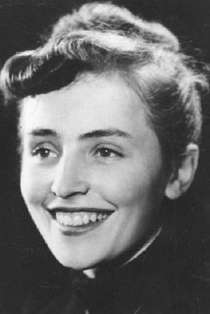