“. . . I closed my eyes expecting to dissolve into stars or lava or a brutal sequoia when the famous writer appeared and leaned down over me. Lifting my head he put his lips on mine and breathed into my mouth one word and then another, and another, words upon words then numbers, then notes. I swallowed it all while my mind filled with language, measure, music, knowledge . . .” – TONI MORRISON

The Wolf Children of the Eastern Front,
Alone and Forgotten
published at long last!

“If this doesn’t move you, I suggest you check your pulse.”
– JOHN KAY, frontman of Steppenwolf (born in East Prussia in 1944)

1945. A year in which so many who had lived through the most horrendous years in modern history would rejoice. Hitler was dead; war was over. It was a time to rebuild. Yet to the few, the Wolf Children—children no less—the worst was yet to come.

It is estimated that 20,000 children suddenly found themselves alone, orphaned due to post-war tragedies: the Russians killed the family or carried them off to prison camps in Siberia. Many of them died from starvation or pandemics that broke out after the war. These orphans were suddenly also considered “illegal” as that part of Germany, East Prussia, became Russian territory after the signing of the Potsdam Agreement. Alone, these children had to fend for themselves, often needing to run from the enemy, needing to beg for food and shelter. Some found camaraderie amongst themselves as they hid in forests and farmlands, but many wandered the wide open countryside, alone, for years.

The stories in this new project, The Wolf Children of the Eastern Front, Alone and Forgotten, tell what happened to them, how they managed, how they needed to live under a new identity in order to survive. Most astonishing is that very few in the West were even aware of them. Not until the early 1990’s, right after the Berlin Wall came down and the Iron Curtain disintegrated, did the fact of their existence begin to be known. They were adults by then; some were even grandparents. It is a most humbling honor to now be able to bring their stories to the English-speaking world with The Wolf Children of the Eastern Front, Alone and Forgotten, available in the UK November 30, 2022 and in the US and Canada February 1, 2023.

Pre-Order
The Wolf Children of the Eastern Front,
Alone and Forgotten 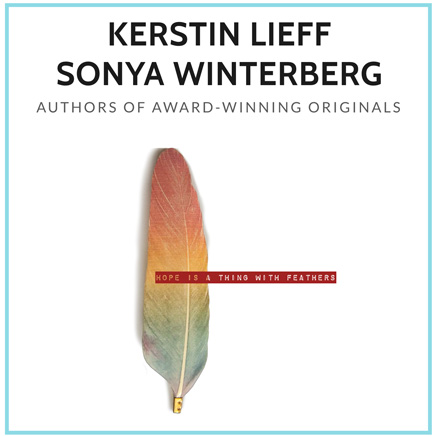 CONNECT WITH US.
STAY INFORMED.

HOPE IS A THING WITH FEATHERS.

All the latest news regarding the Wolf Children.

WINNER OF THE 2013 COLORADO BOOK AWARD

Letters from Berlin is the stunning memoir of a girl coming of age in Hitler’s Germany, her subsequent imprisonment in the Russian Gulag, and her posthumously discovered love letters to a mysterious soldier on the front—written during the final siege of Berlin. Winner of the 2013 Colorado Book Award, Letters from Berlin is available for purchase from AMAZON.

Kerstin is happy to speak at your book club or book store.
If she is not in your geographic area, she can be available via Skype.
Please contact her at her email address to set up a speaking engagement.