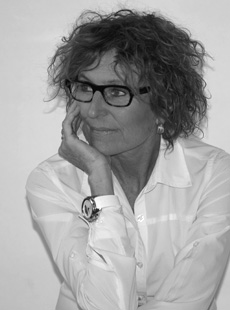 I wrote my first book, Letters from Berlin, never really thinking much about what would happen once it was published. Then it won the Colorado Book Awards, which took me on a whole new trajectory. Ever since, I’ve been interested in, and speaking on, the subject of the Second World War and those victims whose voices are seldom heard, the voices that were stifled because they came from the wrong side of history—the voices of the German victims.

My second project, The Wolf Children of the Eastern Front, Alone and Forgotten, to be published at the end of 2022 [PRE-ORDER HERE], is about those very victims, only this time they are children: 20,000 of them. They are children who were suddenly orphaned due to the tragedies of war, famine and disease, who then, just as suddenly, had to fend for themselves, all alone in a hostile new country. The German land they came from, East Prussia, was given to the Russians after the war through the signing of the Potsdam Agreement. Once in their hands, the Russian administration wanted nothing to do with any of the left-over Germans in the area. These children were, suddenly again, made illegal. It was even illegal to help them. Being caught caring for a German child could land you in the Gulag. Or worse. Thus, forced to roam, to beg, to hide and run, most of them perished. But there were those few who lived and even grew into old age. These are the children whose stories make up this new book, a book written in collaboration with the award-winning journalist and filmmaker, Sonya Winterberg.

I live in the foothills of Boulder Colorado, where I heat my house with firewood I cut myself. I dance salsa and spend as much time in Asia as I can. I have two children, three grandchildren and a Bouvier named Kingsley. I read a lot. I watch Indie films—my favs are listed under “My Favorite Things.” I like my camera. I like to catch things on film like dogs smiling or people deep in conversation, a lonely sheet flapping on a clothesline.

And I write, often.